There are many NES mods on the internet, but this one is pretty awesome.

"My nesP is basically a no-name china brand portable media player, with the advantage of being able to play nes roms, and a nes controller hacked to the controls. First off, the buttons on the original media player just sucked, they were so small and tight that my fingers could not easily push them. So I got the idea of modding a nes controller to it, that's when I remembered about the above mentioned mod, and thought maybe I could cram the inside of a cartridge case with the controller.

Well it worked perfect, it was like it was made to fit, I didn't use any hot glue or anything other than some double sided tape to hold the battery in place. It's a really tight fit though. It's got 4gb built in memory, with a sd card slot in the inside so you could expand the memory if needed, and not only does it play nes games, but it also plays gameboy and gameboy color roms as well. 2.8" TFT LCD, built-in rechargeable lithium battery, Video player, MP3 player, FM radio, Picture viewer, Audio recorder, it's got a camera and video camera (but I disabled them to fit in the case), built in speaker, and the best part… TV-OUT !!! so you can play on the big screen!" 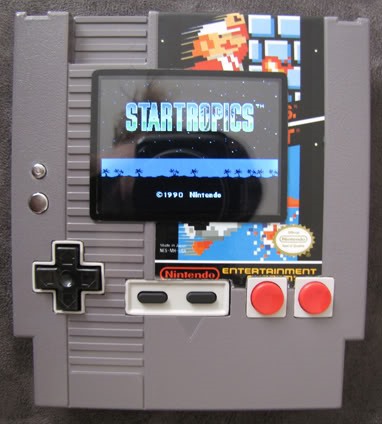 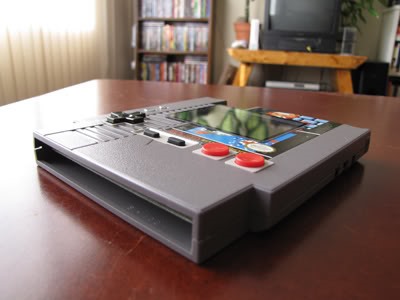 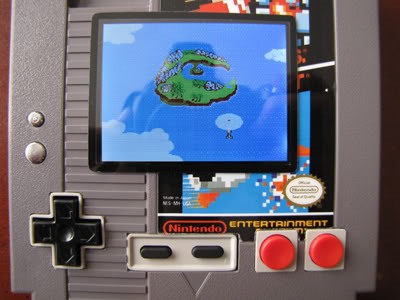 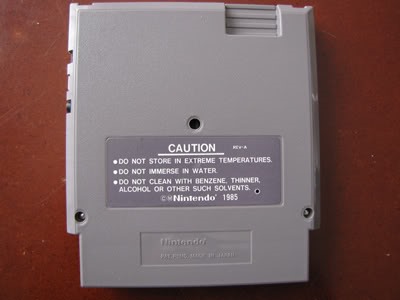 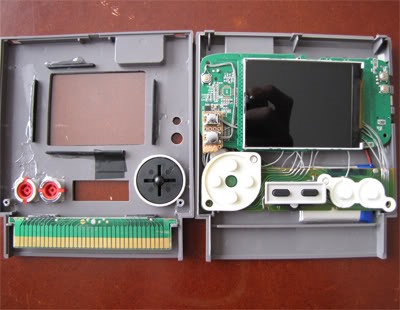 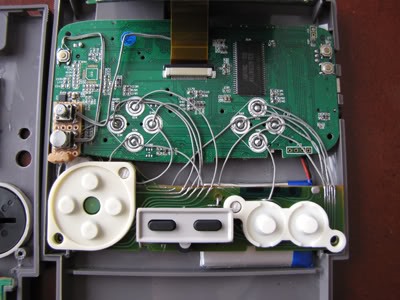