Today we pay homage to a phenomenon. One as diffuse and amusing as the internet itself, and as pointless as dog Halloween costumes. I'm speaking, of course, of giant games.

Not Supergiant Games, makers of the forthcoming and awesome-looking indie RPG Bastion, but giant games themselves. Sports are often quite large. Everything about football is big except the ball, and some soccer fields seem to stretch on forever. Games, however, have historically had little mass. Video games, board games, card games, and party games all have very little mass to their equipment, if any at all. Even arcade cabinets, the biggest "hardware" in the world of video games, can be moved in a truck or with a dolly. Try that with a baseball diamond.

But people love big stuff, gamers and nongamers alike. So it is only natural that some DIY-loving gamers and artists have expanded their passion by making the giant games below. They may not be practical, but creative expression often isn't. Enjoy, and do try this at home. Except the Tetris commercial.

Europeans are on the cutting edge of giant game design. This giant Tetris adaptation is called LummoBlocks, and is playable on Friday nights in Plaza de la Letras in Madrid. It requires two players to stand in specific areas, and their movements synchronously control the movement and orientation of the Tetris blocks. Cooperative play and motion control in a giant Tetris game? Now we're in the Future.

If You've Ever Wished PacMan Would Never End

Go here. Self-described digital creative agency Soap Media out of Australia have placed thousands of PacMan levels in an interconnnecting grid with a map (think early Zelda), and allow you to play free for as long as you can stomach. Yes, each of the small blue square in the "Navigator" window below is a PacMan board. And that's a small fraction of the map. If someone beats this whole thing, they deserve a medal... and to bask in the sunlight, after an eon of dark and dungeony PacMan-ing. 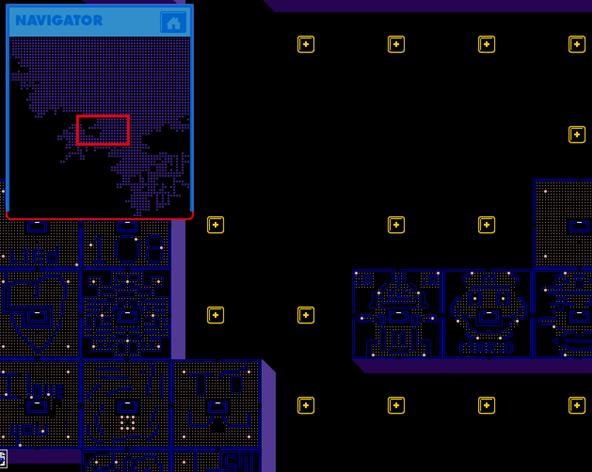 Tetris is the best game ever! I am loving LummoBlocks. I would rather be in the back, still not sure on the control of the person in the front, it seems a bit tricky.

The front spot does seem harder. Perhaps you have your Spanish friend who's played before take the front spot until you get a little more comfortable with dance-Tetris. Hmmm, a LummoBlocks music video / concert performance could be pretty cool...