Do you remember when video games came on tiny chips in plastic cartridges? When the CD and 3D graphics just meant ugly games with long load times? Before epic cinematics, spoken dialog, or cordless controllers? Do you still have all of your old games and lament that the consoles, cords, and controllers required to play them have either been stolen by exes or broken while moving apartments?

Good people, get familiar with Hyperkin.

This wonderful company out of southern California produces a wide variety of gaming peripherals, perhaps most famously their DS and 3DS covers. More importantly, they make and sell a variety of "new" retro game consoles that will allow you to play all your old cartridge games almost exactly the way they were meant to be played. Hyperkin produces three main retro console products: the FC Twin, the RetroN 3, and most recently announced SupaBoy, all reviewed below.

The FC Twin plays both NES and SNES cartridges, and supports the original SNES controllers. It includes its own controllers, but they're cheaply made, don't have very responsive or tactile buttons, and break easily. Worse, however, is that the FC Twin doesn't play many classic games, like Super Mario Kart, Super Metroid, and Legend of The Mystical Ninja. The graphics look just like those on a real Nintendo console for the most part, but the audio is just different enough from what you remember for it to be slightly offputting. 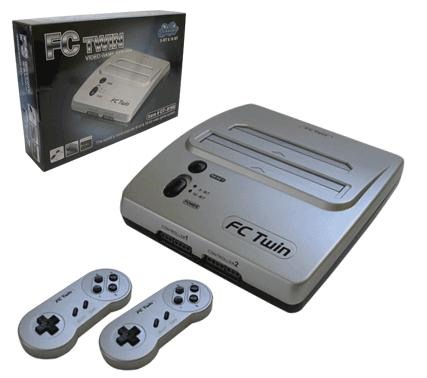 If you don't have an FC Twin already, there's no reason to get one now. The other two aforementioned Hyperkin products have made it about as obsolete as the covered wagon.

The RetroN 3 is an upgraded version of the FC Twin, with a third cartridge slot. It's not for Nintendo 64 games, although that would make sense. No, it's for something you never thought would allow itself to exist in the same plastic casing as a SNES....

Yes, you read right. The pair of systems that defined "console war" and divided gamers more rigidly than any generation of consoles since have been combined by a company NOT called Nintendo or Sega. And in an attractive unit that supports both controllers to boot. 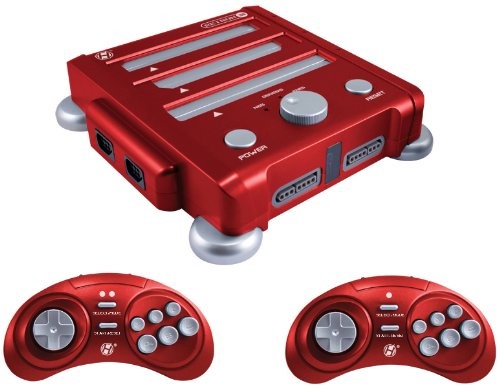 Like the FC Twin, the bundled controllers are rubbish, in which case original controller support is essential. It's priced at $80 dollars on Amazon, which some feel is too pricey, but strikes me as a bargain for anyone who owns games for these systems and isn't getting any use out of them right now.

The SupaBoy follows in the footsteps of several DIY units that have made the viral rounds in the last few years, offering users a handheld unit that will play NTSC SNES games (and perhaps some Famicom ones, as long as they're NTSC. Sorry PAL.) 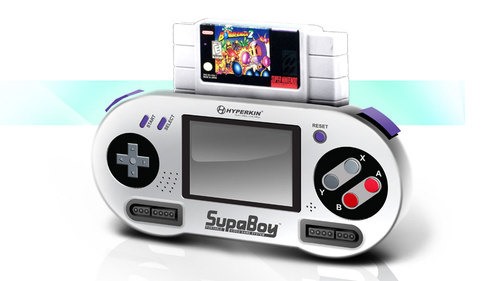 It has buttons and a screen on it, but also plugs for original SNES controllers and two kinds of AV out so you can plug it into a TV. Hyperkin is reportedly eying a summer release, so get ready to start carting you cart collection around again!

Making these systems is an amazing idea. Perhaps the only thing more amazing is that it's legal, given the history of bad blood and litigation between Nintendo and Sega.

ugh we totally had the fc twin. it broke after like a month of playing with it. and do the new systems resolve the problem of the games freezing after playing them for 10 minutes?

The problems with these things usually vary widely by game. Some games don't work at all, some freeze all the time, and some work perfectly except for the audio being off a bit. There's not an official compatibility list that I could find, but people have made some attempts in forums. I've found Konami games are usually a no-go, along with Super Mario Kart, Super Metroid, and some other classics. I'd assume the RetroN is better, but I haven't bought one yet so I don't know for sure. Probably still not perfect though.

Holy crap man! Who would ever buy one of those plastic demons? It's so easy to find an original nes at a video game store or online. I'd never buy a system that could'nt play super mario kart. That game was a favorite in my childhood. Good times!

Do NOT buy these. These are the CHEAPEST, most poorly-made foreign export crap you can find. Pick up a classic NES for $20 instead.